Pitt County Health Department now offers an online COVID-19 Vaccination 1st Dose Appointment Scheduler to make it easier and more convenient for the general public to make appointments. Members of the general public must attest that they fall within the current eligible categories in order to receive the vaccine.

Appointments for the following eligible groups are available:

Vaccine is also available through our partnership with Vidant Health. 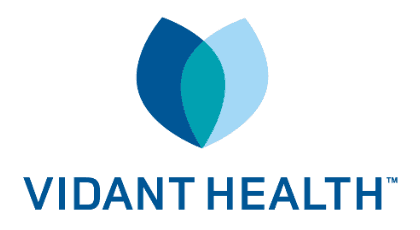 Pitt County is also partnering with Vidant Health to offer appointments to eligible community members to receive the COVID-19 vaccine at the Greenville Convention Center large-scale vaccine site. The vaccine site serves anyone in eastern North Carolina, consistent with state and federal guidelines. Community members can view appointment availability by conveniently visiting VidantHealth.com/Vaccinate or by logging into their MyChart account at MyChart.VidantHealth.com.

Pitt County is a rapidly growing, diversified employment and service center for eastern North Carolina. As one of the fastest growing regions in the state, Pitt County Government strives to enhance the health, safety and well-being of our community by advocating for and providing quality services in a friendly, efficient and cost-effective manner.

Since 1760, we've proudly served the residents of this great region. For 250 years, we have worked on building our legacy, and now eagerly look forward to experiencing fond memories of our rich heritage, and the excitement of what the future will bring for our thriving communities.


Pitt County covers 651.58 square miles of prime agricultural land in eastern North Carolina. The county is approximately 90 miles from the nearest beach, Atlantic Beach, NC, and approximately 78 miles from our state capital, Raleigh, NC. The county’s highest point is 126.4 feet above sea level, in the Northwest portion of the county.


Pitt County got its name from William Pitt, Earl of Chatham. William Pitt was an English statesman and orator, born in London, England, UK. He studied at Oxford University and in 1731, Pitt joined the army. Pitt led the young "Patriot" Whigs and in 1756 became secretary of state, where he was a pro-freedom speaker in British Colonial government. Pitt County was founded in 1760 under British Colonial government. Prior to 1760, there was one large county, Beaufort, which was split into five smaller counties, Pitt County being one of those smaller counties. Since 1970 Pitt County has operated under County Manager government.