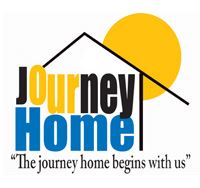 In response to a challenge to end chronic homelessness issued by the United States Interagency Council on Homelessness in 2001, Pitt County and the City of Greenville developed and adopted a 10-Year Plan to End Chronic Homelessness in 2008. The plan represented a comprehensive effort of various community organizations, leaders and citizens to create a road map that would lead this community to end chronic homelessness within ten years. Our funding partners, Pitt County Government, City of Greenville, United Way of Pitt County, East Carolina Behavioral Health LME (Trillium Health Resources), Vidant Foundation (Pitt Memorial Hospital Foundation) and the Greater Greenville Community Foundation provided the financial support to create the plan. United Way of Pitt County, Pitt County Government and the City of Greenville committed to two years of support to begin its implementation. Pitt County Government became the Lead Agency in overseeing the work and monitoring progress. Implementation of the plan began in July 1, 2009, with the hire of a project manager and the appointment of an advisory board to oversee this effort. During the first five years, the Pitt County Advisory Board focused on identifying and implementing key strategies that would have an immediate and lasting impact on reducing the number of chronically homeless individuals. As a result of these targeted community-wide programs and initiatives, the number of chronically homeless individuals has declined by 88%. In the 2008 publication of the 10- Year Plan to End Chronic Homelessness, Pitt County reported 24 individuals who were identified as being chronically homeless during the Point in Time (PIT) Survey. During the 2014 PIT Survey, only three individuals were identified as chronically homeless. Pitt County remained on track to functionally end chronic homelessness by 2016, holding steady with a PIT count of 3 chronically homeless, the same year targeted in the Federal Government’s plan known as "Opening Doors: Federal Strategic Plan to Prevent and End Homelessness”. This remarkable achievement is possible because of the full commitment of our local governments, agencies, nonprofits and faith-based organizations.  Since that time, the chronically homeless numbers have trended upward as the PIT counting efforts have become more robust. Click here for a summary of the PIT data for Pitt County from 2016 through 2021. These numbers reflect that homelessness and chronic homelessness continue as ongoing challenges in the community.

In recent years, Pitt County has turned its commitment to the broader goal of eradicating homelessness.  In support of this effort, Pitt County has joined a 79-county entity known as the N.C. Balance of State (BoS) Continuum of Care (CoC). The BoS CoC is managed by the North Carolina Coalition to End Homelessness (NCCEH). Within the BoS there are Regional Committees that encompass the participating counties. Pitt County is part of a 5-county region, known as Region 12/Inner Banks, including the additional counties of Beaufort, Bertie, Martin, and Washington.

The Region 12 Committee meets monthly on the second Wednesday at 9 a.m. Through the work of this committee Pitt County has been successful in carrying out goals set forth in the local plan to end chronic homelessness that have broader implications for homelessness. In addition, the Region 12 Committee has been able to secure grant funds to support the plan’s efforts, as well as to develop a local network of organizations that are working together to address homelessness in Pitt County. Housing has become a central focus with the understanding that much of homelessness is a housing problem. Grants to provide Rapid Rehousing, Permanent Supportive Housing, and Housing for persons with disabilities and HIV have been awarded to homeless services agencies in Pitt County. For more information about the Region 12 Committee and the BoS CoC, please click on the link to the NC Coalition to End Homelessness Balance of State web page at: www.ncceh.org/bos/.